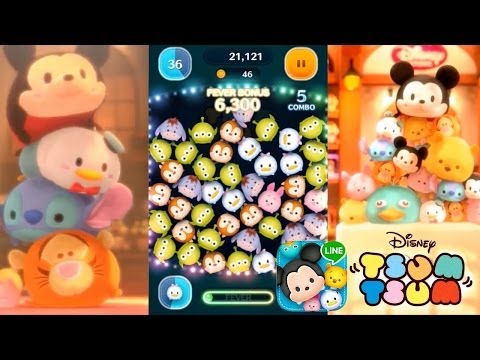 We take a look at the new UK release of Disney Tsum-Tsum, the highly popular free-to-play puzzle app from Japan. Translating to Disney Stack Stack you have to connect and pop as many Disney Tsum characters as you can in one minute.

With the colourful presentation and intense audio this will feel similar to those who have played Peggle and BeJeweled.

The game also has in-app-purchases if you wish to collect a large number of Disney characters, like Mickey, Minnie, Stitch and Buzz Lightyear. Each collectable character can be leveled up over time and has a special ability that provides in-game help. It looks like most characters can be unlocked if you play the game enough to make in-game currency or you can spend real money to do the same.
At select stores and at Disney theme parks you can also buy physical toy plushies to complement your game. Not quite Skylanders but much cuter!