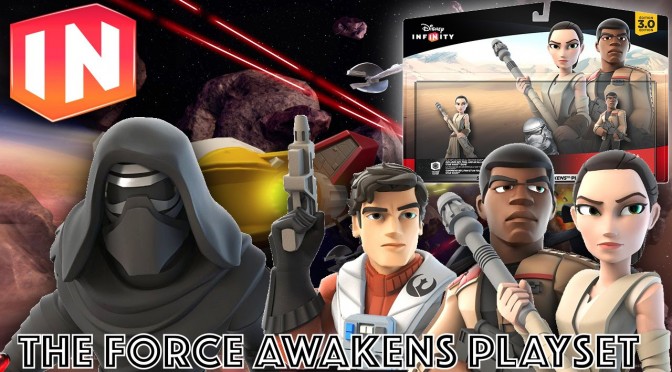 Now that the Twilight of the Republic and Rise of the Empire play-set adventures are both released for Disney Infinity 3.o, player’s attentions are turning to the next big Star Wars episode for the game, The Force Awakens.

Today Bestbuy opened pre-orders on both play-sets and new characters for the adventure. The Force Awakens play-set is listed for $34.99 and the figures are $13.99 each. All the products will be released on 18th December in line with the film release.

The Force Awakens is the next big Star Wars play-set for Disney Infinity bringing new characters Rey, Finn, Kylo Ren and Poe Dameron. As you can see the figures all share the same style of base, indicating their compatibility with The Force Awakens play-set without the need to collect cross over coins.