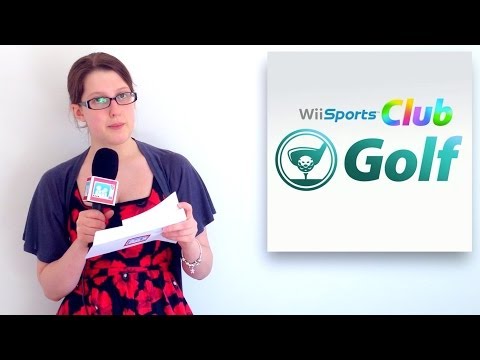 NEWS
Family Game of the Year: After counting votes we have a winner for the Family Game of 2013 Wii Sports Club Golf with 291 votes. Voting in full:
– Infants: Super Mario 3D World with 286 votes
– Juniors: LEGO Marvel Super Heroes with 195 votes
– Teens: The Legend of Zelda: A Link Between Worlds with 236 votes
– Students: Animal Crossing: New Leaf with 196 votes
– Workers: Assassin’s Creed IV: Black Flag with 225 votes
– Parents: The Last of Us with 208 votes
– Grandparents: Wii Sports Club Golf with 291 votes

BAFTA has published the nominations for its awards for games in 2014. These awards are important because they put games in the same context within the arts as film and television. Of specific interest to us is the category for “Family”, for which the nominations are: Rayman Legends; Brothers: A Tale of Two Sons; Tearaway; Animal Crossing: New Leaf; Super Mario 3D World; and (unsurprisingly) Skylanders SWAP Force.

Nintendo: Is closing its Wi-Fi Connection service for the original Wii and DS. This means that while you’ll be able to use online channels to browse the Internet on your Wii or DS, you won’t be able to play the online portions of games like Mario Kart Wii, Super Smash Bros. Brawl, or any of the Pokemon games that came out on DS.

Sony: has announced that popular indie game Fez is coming to PS4, PS3, and Vita later this month. This game looks like a simple 2D platforming game, with a pixellated character who can jump and climb, but is actually much more.

Minecraft: Team is working with Warner Brothers on a “potential” Minecraft movie. Given the popularity of the Lego Movie, also produced by Warner Brothers, this could be a big hit.

Someone is trying leak the fact that we're working with Warner Brothers on a potential Minecraft Movie. I wanted to be the leak!

Pocket Edition update 0.9.0 will include new biomes, and with them new blocks. Team member Johan Tweeted a picture that includes some of these new blocks, including some new wood types and what looks like the carpet and flowers that came to the PC version in update 1.7.2.

A new iPhone App called Kic Vidz (“KIC” stands for “Keep it clean”). This App, made by the parent of a “7 year old Minecraft fanatic”, is a collection of Minecraft videos that don’t contain those swear words that you hear on YouTube so often, and the videos are even grouped by categories like “Music Videos” and “Survival Games”.

Skylanders: The “Skylanders Experience” activity that was supposed to take place at the Bluewater shopping centre next month has been cancelled. This activity would have let children undertake quests, hunt for clues, travel through an obstacle course, and more. Given that it sounds like it could have been a real money-maker for Activision, could it be that they’re focusing their energy instead on the promised announcement of the next game later this year?

Enchanted Light Core Star Strike will be available from the 14th of March, and is a particularly cool figurine because of the way the hood changes colour from white to blue.
https://twitter.com/GAME_Ipswich/status/439891819208646656/photo/1

COMPS
If you’re a Skylanders collector, we’re doing a giveaway of the Toy Fair exclusive red Dune Bug figurine. Make sure you check our other videos for details — we’ll be giving away the first of four figurines this week. Entrants have to identify all the different Skylanders on display at the show.

We’ve got two competition winners to announce. The first is the winner of the big gaming bundle prize from the Family Game of the Year voting, which goes to Zoey Hopcroft. The second is for the Disney Infinity Sorcerer’s Apprentice Mickey, which goes to Mark Friedman for his YouTube comment. We’ll be in touch the winners to get them their prizes.