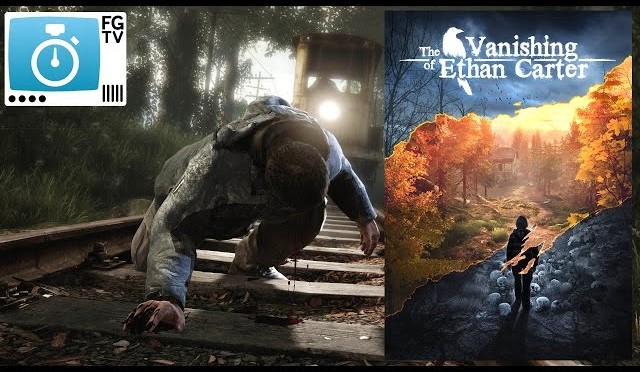 Our guide to The Vanishing of Ethan Carter, from what makes this game great to what to watch out for here’s the ultimate 2 minute guide.

1. Genre
The Vanishing of Ethan Carter is a horror mystery game played from first person perspective, in which the player can freely explore the town of Red Creek Valley, using supernatural powers to solve puzzles and piece together the disappearance of Ethan. These powers include being able to locate important objects, and reassembling the order of past events to see a ghostly recreation of them. The game does not contain combat or other action requiring fast reflexes, and is single player only.

In the absence of shooting or fighting Vanishing of Ethan Carter differs from horror survival games like the Resident Evil or Silent Hill, it also provides a more sinister and immersive experience than simplistic detective games like the Mystery Case Files series. While having a similar open structure to first person mysteries like Gone Home, it has a far larger world to explore.

2. Story
The game follows the disappearance of Ethan Carter, a young boy, and the player investigates as Paul Prospero, a detective with supernatural powers. As Prospero explores Red Creek Valley, he uses his powers to find clues and solve murders, eventually discovering the secrets that surround Red Creek Valley and why and how Ethan disappeared.

3. Developer
The Vanishing of Ethan Carter is the first game from Polish developer The Astronauts, a new studio formed by members of People Can Fly, the developers of more action-oriented games Bulletstorm and Painkiller.

4. Format
The game is available digitally for PC, for £14.99 or $19.99, with a collector’s edition upgrade available for £6.99 or $9.99 adding a digital soundtrack, making of pdf and other downloadable goodies. A PS4 release is due later this year.

5. Duration and Difficulty
The Vanishing of Ethan Carter should take around four and a half hours to complete, although less experienced or more leisurely players can take up to seven hours to explore every part of Red Creek Valley. As a story-based game with fixed puzzles, don’t expect much replay value once the game is over.

6. UK Rating
In the UK and Europe, PEGI rates the game 18 for occasional strong violence and one sexual expletive.
http://www.pegi.info/en/index/global_id/505/?searchString=40455#searchresults

The GRA expand on their PEGI details by saying that the game contains “ images in which mutilated characters and corpses are seen. One scene in the game takes place on a railway track where a character uses a small rock to hit another character on the head, he falls to the ground and his body lies across the track, a railway engine is then driven over his body severing his legs. This is accompanied by a large amount of blood. There is also an instance of the use of the sexual expletive ‘fucking’.”

7. Other Ratings
In the US, the ESRB rates The Vanishing of Ethan Carter M for Mature with descriptors for Blood and Gore, Strong Language, and Violence. The ESRB add that “crime scenes sometimes depict burned and/or mutilated corpses as well as large amounts of blood. Some clues and objects can trigger past memories depicting deaths/murders: a man beaten to death, a man stabbed in the neck with scissors, a character set on fire.”
http://www.esrb.org/ratings/synopsis.jsp?Certificate=33747&Title=

Lobby group Common Sense Media consider the game to be suitable for age 15 and above, and describes it as “an atmospheric game that conveys a real sense of dread to the player, but [which] doesn’t offer any real assistance, which could prove either freeing or frustrating, depending on the player.”
https://www.commonsensemedia.org/game-reviews/the-vanishing-of-ethan-carter

8. Themes
The Vanishing of Ethan Carter presents an unsettling mystery story that peels back the beautiful surface of Red Creek Valley to reveal the horror beneath. Stunning environments conceal the gory remains of murder victims, and the game goes into sinister territory. Recasting the themes of early 20th century horror fiction as a modern murder mystery in a rural American setting, the game references the works of HP Lovecraft and Algernon Blackwood while also going deeper into the characters of Red Creek Valley to tell a personal, affecting story.

9. Why People Play
Red Creek Valley is an extraordinary, stunning setting, and The Vanishing of Ethan Carter gives players a rare opportunity to explore an open world without the usual action-based missions. Instead, the game promises players the freedom to investigate at their own pace discovering clues for themselves and unravelling the mystery at their own pace.

There are very few adult mystery games, and even less with the stunning, high quality presentation here, making The Vanishing of Ethan Carter a sinister rarity.