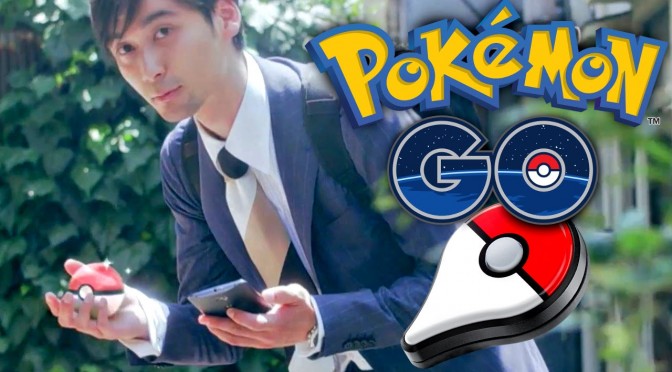 The Pokémon Company, Niantic and Nintendo are collaborating on a new mobile game, Pokémon GO, to release on iOS and Android in 2016.

The experience is augmented by a wearable Pokémon Go Plus gadget that appears to use smartphone GPS location to alert players when they are near Pokemon to catch. Developed by Nintendo, it uses haptic and light-up alerts can be responded to by pressing a button that triggers in-game actions like catching a Pokémon.