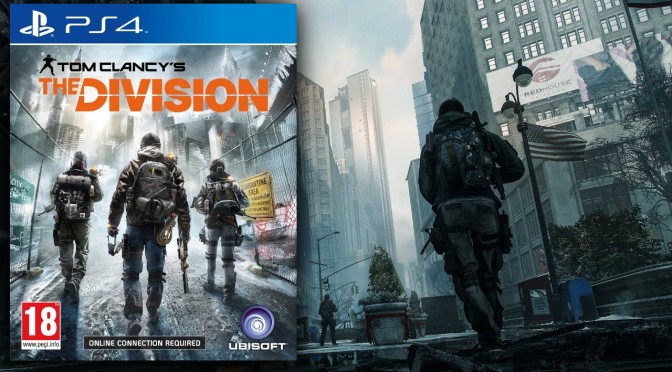 In collaboration with GRA for PEGI and Consumer Information, here’s our Quick Guide to The Division.

1. Genre
Tom Clancy’s The Division is an online role playing shooting game set in Manhattan after a viral outbreak has caused civil society to collapse. Players have to complete missions, either alone or in groups, to obtain supplies, rescue hostages and so forth to gradually restore order and save the city. Standing in the Division’s way are murderous factions bent on looting, murdering and purging in the chaos of a devastated New York.

The game is played from a third person perspective, and the player character is highly customisable in terms of appearance. Progress is rewarded by gaining experience and levelling up, allowing the player to improve their skills and use better weapons. In-game currency and other forms of loot can also be found on downed enemies and throughout the game.

Objectives will be more easily achieved by teaming up with other online players. Co-operative play is online only and there is no local split-screen option available.

The Division follows other Tom Clancy themed multiplayer shooters like the Ghost Recon and Rainbow Six series, but with its strong online multiplayer component and emphasis on progression and loot it’s probably most comparable to Destiny.

2. Story
A Smallpox outbreak in major American cities has brought down the government and thrown society into chaos. The only hope for New York is The Division, a secret organisation of sleeper agents living everyday lives, waiting to be activated in a major emergency. To save Manhattan the Division will need to take on three factions: the lawless Rioters; former convicts The Rikers and deranged former federal employees The Cleaners.

3. Developer
Lead developer Ubisoft Massive, formerly Massive Entertainment, previously developed the Ground Control and World in Conflict games, and have been assisted on The Division by other Ubisoft studios.

5. Duration and Difficulty
The Division will take a considerable time to complete. This is extended by Ubisoft’s plan to combine free and paid expansions, as well as frequent in-game events, to encourage players to keep updating their characters and going back into Manhattan long-term.
http://howlongtobeat.com/game.php?id=20073

6. PEGI Rating
In the UK and Europe, PEGI rates Tom Clancy’s The Division 18 for Violence Towards Defenceless People and Strong Language.
http://www.pegi.info/en/index/global_id/505/?searchString=division

7. GRA Additional Consumer Information
The Games Rating Authority expand on their PEGI details by saying that Tom Clancy’s The Division is ‘a mix of open world shooter with survival elements in which the violence is predominantly regarded as moderate and there are sustained depictions of death caused through the use of contemporary military weapons (firearms and explosive devices), although there is no dismemberment.’ Although enemies have similar weapons, some also have flamethrowers which cause characters ‘to be set alight and loud screams are heard with the associated thrashing of arms and legs, there is however no visible damage to the flesh and clothing of the character’.
The GRA considers ‘the worst of the violence [to be] during gameplay and cut scenes […] in which characters are tied up and placed in the kneeling position and shot or stabbed [and] there is no opportunity for the character(s) to run away.’ Dialogue includes the word ‘fuck’ and derivatives.
http://gamesratingauthority.org/pegi/search_aci.html

8. Themes
Whereas many games set in post-apocalyptic settings see a lone survivor acting as a free agent, Mad Max style, this being a Tom Clancy title the only people who can be trusted to secure the future are members of a secret, militaristic agency hidden acting as sleeper agents within their own country.

It’s an original premise, although the idea of a secret state as saviour may appear both implausible and distasteful. There’s certainly something disturbing about teched up military running through a crisis stricken city gunning down rioters, regardless how aggressive they’re portrayed.

9. Why people play:
The Division turns one of the most familiar and spectacular cities on Earth into a ravaged hellhole playground in which players can team-up to rescue hostages, kill baddies and level up their characters, and for many people the prospect of a deep online shooter set in such a vivid open world will be enough to get them through the door.