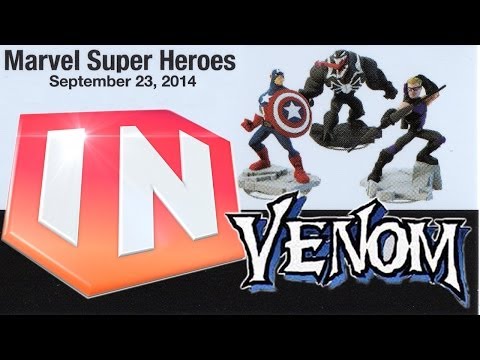 We’re within touching distance of the big E3 games expo next week where we expect to get all the latest Disney Infinity 2.0 news and some hands on time with the game, but while we’ve been waiting for that, we’ve discovered a few official and unofficial pieces of information we’d like to share with you.

First up is news from Target (via a Penny Arcade user: http://forums.penny-arcade.com/discussion/comment/29955309/#Comment_29955309) in the USA that Venom is coming to Disney Infinity 2.0, which should indicate we’re definitely getting a Spider-man figure and probably Green Goblin too. Additionally, Target have also revealed a release date of September 23rd. Whether that is global or USA only, remains to be seen.

Last month we had confirmation of Merida and Maleficent figures coming for the new game. Unfortunately they’ll be limited to the Toy Box only, but we’ve finally got a good look at the figures themselves and Disney have recently released a trailer showcasing their abilities, which we’ll dive into.

Beyond that, we have a credible leak from Vinylmation (http://vinylmationkingdom.com/2014/05/27/toys-r-us-finally-adds-disney-disney-infinity-2-0-releases/) of a large number of the playsets and figures expected to be coming for Disney Infinity 2.0.

Apparently sourced from the Toys R Us product database, we can probably look forward to seeing all the following in the near future: