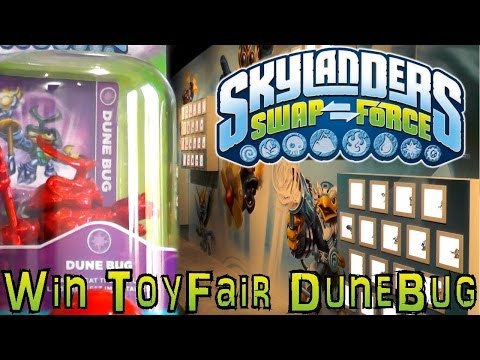 This is the first of a series of Toy Fair Dun Bug give away competitions.

We took a trip down a Skylands memory lane at Toy Fair as Lou Studdert, Production Coordinator at Activision, talked us through the different figures they had on display in their booth.

COMPETITION
We came away with a clutch of Limited Edition Dune Bug figures for a competition.

To enter you simply need to spot as many of the Skylanders characters in these boxes as possible (on our footage and elsewhere on YouTube), then add your final list as a comment on this video. Be sure to include the version and variant of each character you spot.

Winners will be announced at the end of the month on Family Gamer TV, so be sure to subscribe to hear if you have one.