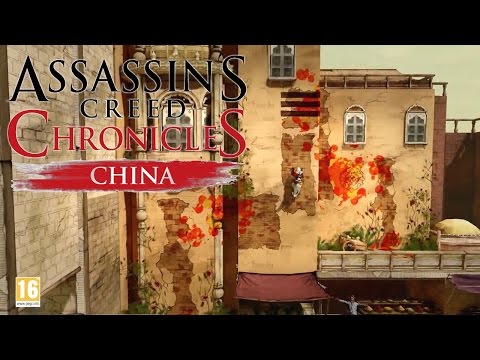 These are downloadable 3D-2D style. The games draw on a diverse cast from other games and comic books.
– Shao Jun (China 1526) is character from Assassin’s Creed Embers a short animated film packed with Revelations. A young Chinese assassin. She has also been mentioned as introducing the rope dart.
– Arbaaz Mir (India 1841) From Assassin’s Creed Braman a grpahic novel published by Ubisoft.
– Nikolai Orelov (Russia 1918) From the DC spin off comic. A rarity for a spin off to loop back into the main game.

This returns to the origins of the series. At the outset we were guarding a young prince in Persia. Here we return to the Prince of Persia 16bit platforming.