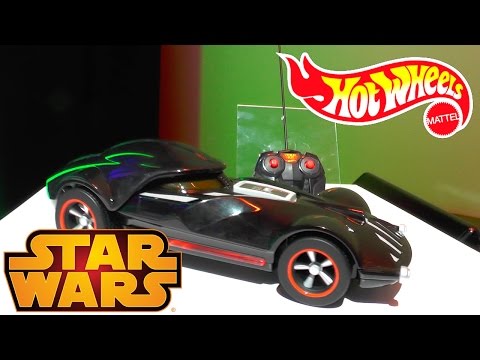 We get a tour of Mattel’s Hot Wheels Star Wars and Marvel products for 2015.

Top of the billing was a set of Star Wars Hot Wheels toys. These included new diecast cars themed around different Star Wars characters. The cars are supported by a series of race and collision tracks. Although there were no The Force Awakens product on display the demonstrator did confirm they would have Episode VII cars in the run down to the new film.

While the Hot Wheels range was largely predictable a nice addition was the Darth Vader themed radio controlled car. This offered a racing play-scheme supported by lights and sounds from the films.