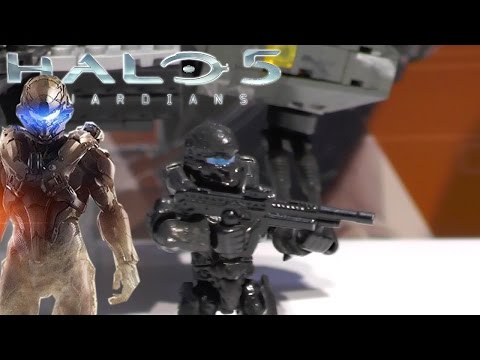 We got our hands on some early Halo toys at Toy Fair 2015.

First at BOOMco we tried out the Halo Covenant Needler that features a rapid-firing clip and light-up chamber that replicates the glowing, zipping effect found in the video game when unloading a barrage of rounds at enemies. In addition to the Needler, Mattel announced the Covenant Carbine Blaster and UNSC Magnum. Office dart battles are about to get a lot more intense.