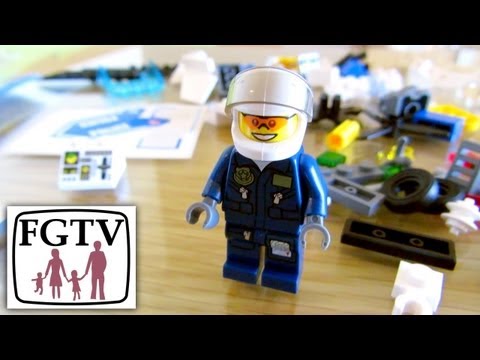 Whilst heading on holiday this year our LEGO set reviewer Lucien spotted the 2013 airline exclusive LEGO City police helicopter (4473) in the Thomson In-Flight magazine, and just had to get it.
Set Details: Released 2012 but not readily available until 2013, 195 pieces, RRP: £18 $18, Thomson (TUI) are currently charging £15.
Age Range: 5-12

Official Blurb:
“When the Police Helicopter patrols the skies above LEGO® City, the robbers had better look out. With realistic rotor action, the Police Helicopter can soar over crimes and nab crooks with the hook. This exclusive in-flight set includes two police pilot mini-figures and a helicopter.”