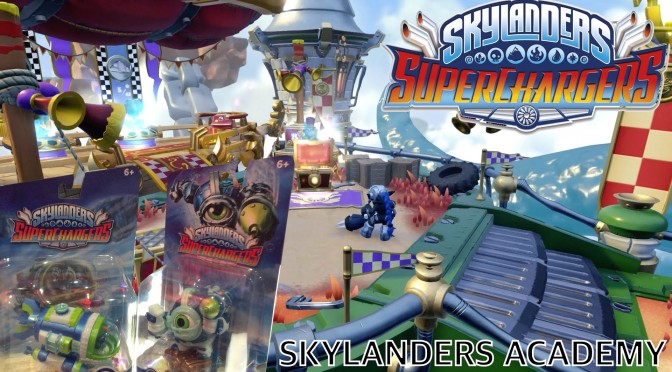 In the fight against Kaos and his Doomstation of Ultimate Doomstruction, the Supercharger Skylanders are going back to school at the Skylanders Academy. Similar to the academy we saw in Skylanders Trap Team, this iteration appears to have been given a racing makeover to fit the theme of the latest entry in the Skylanders franchise.

Here you’ll find lots of familiar characters from throughout the history of Skylanders, with Hugo, Flynn, Cali, Mags and Buzz all making an appearance. However buried in one of the challenge menus, we also get our first glimpse of the full PS4 character roster:

The stand out characters here are Smash Hit and High Volt, who we’ve seen very little of so far, hopefully we’ll have more to come on them soon!