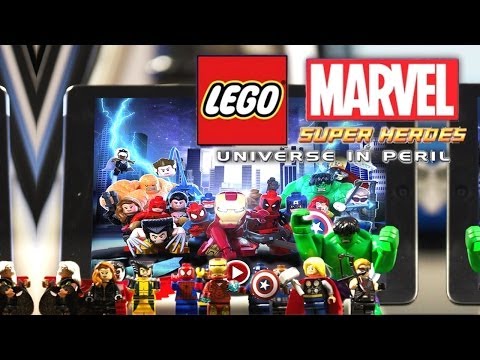 After taking the console and PC market by storm with Lego Marvel Super Heroes, TT Games are back again with a port of the 3DS/Vita version of the game, built for Apple devices, entitled, Lego Marvel Super Heroes: Universe in Peril. In this version of the game the player takes control of a plethora of Marvel Superheroes as they attempt to defeat the evil hordes of Dr Doom and Loki to prevent them gaining control of the Cosmic Bricks.

Although played from a different viewpoint to the home console version and differentiated from the Vita and 3DS version through the use of in-app purchases, the game’s story covers similar ground. In this video we’ll play through the first area of the game and look in depth at the variety of characters that are available and just how much it costs in both Lego studs and in real money to unlock them.