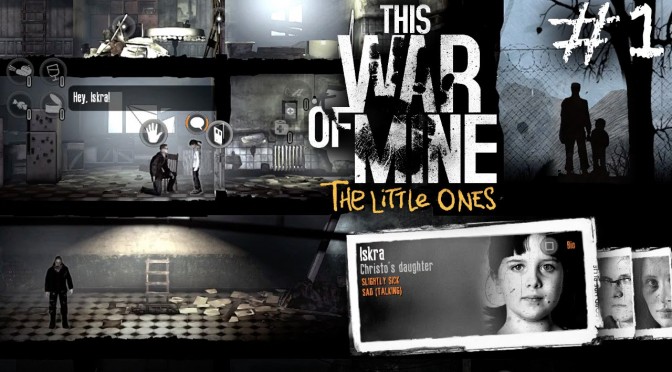 We try out the game from a parents perspective and get a little more than we bargain for.

This War of Mine The Little Ones shuns video-game’s usual power fantasies, instead asking players to experience the powerlessness of a child.

This War of Mine is a survival video game inspired by events of the 1992–96 Siege of Sarajevo during the Bosnian War. It stands out from other war-themed games because its protagonists are the civilians rather than military.

It was originally released on Windows, Mac and followed later for Android and iOS. This War of Mine: The Little Ones brings the experience to PlayStation 4 and Xbox One with new features, missions and characters. Most telling of these is the inclusion of young children as playable characters.

You are in charge of a mixed group of adults and children stuck in the middle of a besieged city. The challenge is not to kill your enemies but instead focuses on the struggle of dealing with a lack of food, medicine and the poor weather conditions as winter approaches.