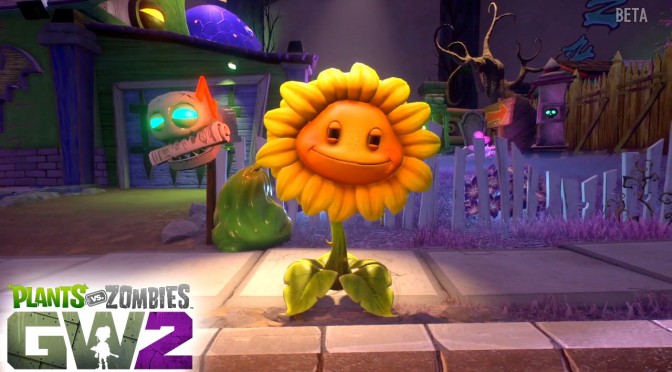 The sequel to Plants vs. Zombies: Garden Warfare 2 launches on February 23rd, bringing more family friendly action to Playstation 4, Xbox One and PC. If you’ve never played a Garden Warfare game before, this is a whole different experience to the original Plants vs Zombies game. The third-person shooter gameplay is unchanged from the first Garden Warfare, with the addition of 6 new plant and zombie classes, a zombie version of Garden Ops, titled Graveyard Ops, and a new mode called Herbal Assault mode, which supports up to 24 players.

Fans of the original will be glad to see many if not all of their favourite characters returning (Team Vanquish, Garden Ops, etc.) but this time with new abilities. In addition, unlike the first game, the game will not require an Internet connection to play and every mode in the game can be played solo. Of course the real action is online and the game will once again support split-screen multiplayer, with twelve maps and forty different characters will be supported at launch.

A free multiplayer beta launched on January 15th and is available to play until January 18th. Along with being able to access a couple of online modes, players can also try out Backyard Battleground a hub world that is free for players to explore and join King of the Hill-style matches against artificial intelligence controlled opponents.