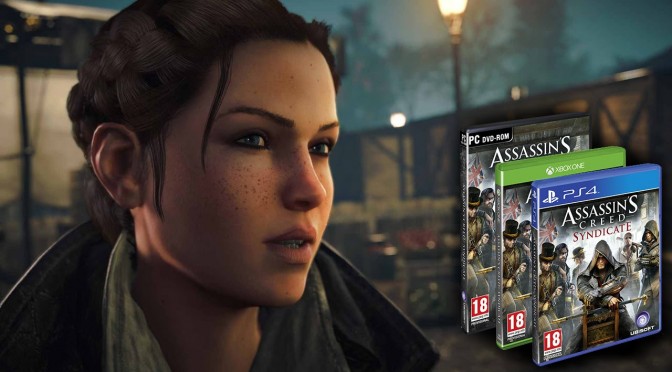 Assassin’s Creed Syndicate is a pseudo-historical open-world game in which you play as two assassins fighting against a group called the Templars in Victorian London.

Alternating between twins Evie and Jacob Frye, players will explore a populated open-world London, travelling in a variety of ways including parkour free-running over the rooftops, and carry out quests that often involve choosing whether to sneak past enemies or kill them.

Syndicate is set in London in 1868, during the Industrial Revolution. The twins are dealing with organised crime and the enemies of the Assassin Brotherhood, called the Templars. Along the way, the story involves historical figures like Charles Darwin, Queen Victoria, and Florence Nightingale.

Assassin’s Creed Syndicate is available for PS4 and Xbox One for around £50/$60, and a PC version is due later this year.

Assassin’s Creed games can take from 12 to 20 hours to finish just the main story, with many more hours needed to complete the side quests and find all the collectibles.

In the UK and Europe, PEGI rates Assassin’s Creed Syndicate as only appropriate for those aged 18 and older for strong violence and infrequent strong language.
http://www.pegi.info/en/index/

The GRA expands on its PEGI rating by explaining that the game “features motiveless violence against multiple innocents and violence against defenceless persons”, since “players can kill bystanders by throwing knives at them or running them down with a horse and carriage” and “shoot restrained characters in certain parts of the game”. There is also a cut scene in which “a vulnerable patient” is “‘operated’ on […] awake, twitching and groaning, as a metal instrument is inserted into his skull”.
http://gamesratingauthority.org/GRA/

ESRB rate the game suitable for those 17 and older for Blood, Drug Reference, Strong Language, Violence.

“As players explore the open-world environment, they interact with characters and engage in missions to kill human targets. Players use an assortment of weapons (e.g., concealed blades, firearms, knives, poison) and employ stealth attacks (e.g., sneaking up and stabbing enemies from behind or above) to eliminate targets. Blood sometimes appears around corpses and/or when characters are injured. Cutscenes depict additional acts of violence: a character stabbed in the head; a man bleeding out after being shot. The game includes reference to drugs in the dialogue (e.g., “A choirmaster and opium addict” and “Does shipping and selling narcotics sound familiar?”) The words “f**k” and “sh*t” are heard in dialogue.”
http://www.esrb.org/ratings/Synopsis.aspx?Certificate=34102&Title=Assassin%27s%20Creed%20Syndicate%20

Syndicate addresses organised crime and class divides in Victorian London. Additional downloadable content has already been announced that will tell a story focused on Jack the Ripper, a serial killer who murdered and mutilated female prostitutes.

While the game has a historical theme, its narrative is still driven by assassination and violence.

People play Assassin’s Creed games for a chance to explore and carry out varied missions in a historical open world. Its quest-filled open-world structure is similar to other games, but the series sets itself apart with its evocative historical settings.