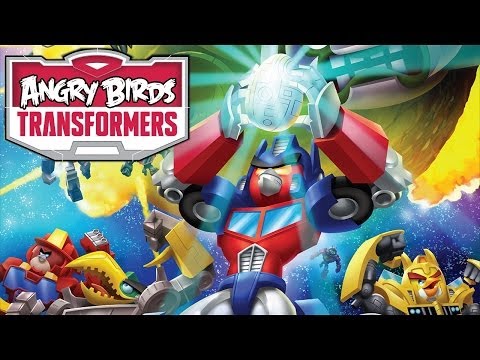 Since then information has been thin on the ground, until today that is. Yes, we finally have confirmation of an Angry Birds Transformers cross-over. Rovio and Hasbro are working together to produce an Angry Birds mobile game (Angry Birds Go! Transformers), licensed products and a line of Telepods Toys.

In the upcoming game you’ll get to play as the Autobirds and Deceptihogs and the promotional poster that comes with this announcement shows a number of characters familar to both Angry Birds fans and Transformers fans: