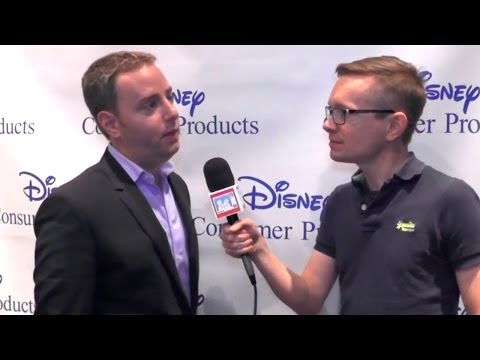 We talk to Josh Silverman, Executive President of Disney Global Licensing, about the new films and toys they announced at the New York Toy Fair 2014:
– Guardians of the Galaxy
– Spider-Man 2
– Planes: Fire and Rescue
– Star Wars Rebels

Each was well received with much excitement, enhanced by the presence of related acting talent like Andrew Garfield, Freddie Prinze Jr. and Dane Cook.

Also at the event we saw the Phineas and Ferb play-set for Disney Infinity: