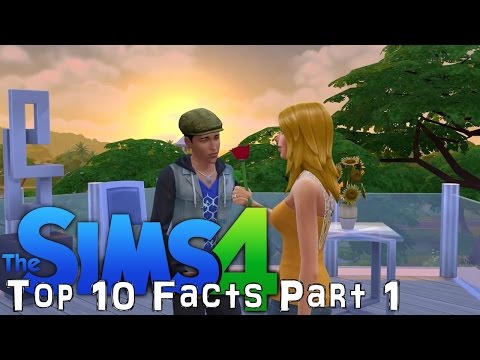 The Sims 4, the first new base game in the core Sims series for five years, is out very soon. To prepare for its arrival, Family Gamer TV had a chat with our friends at popular fansite SimsVIP (http://simsvip.com/) to find out what you need to know about the game and how it differs from The Sims 3. Site owner Alexis gave us ten important facts that we’ve split over two videos. Subscribe and check back tomorrow to get the rest.

1) The Create-a-Sim tool, which you use to design your Sims before you move them into a house and play with them, has had a complete overhaul.

Alexis explained how the new Create-a-Sim tool has mostly done away with the many sliders we learned to use in Sims 3. Instead, you shape your Sims by clicking on different body parts and pushing and pulling at them as if you were shaping clay. Once you’ve got the overall body right, you zoom in to tackle the head, and then can go into a detailed mode to do things as precise as change the size of your Sim’s pupils.

2) The main focus of the new game, at least going on what we’ve been told so far, is the new emotions system and how your Sims’ emotions affect them and those around them.

Alexis gave some examples of the way the new emotions system shows itself in the game, though said she was worried about the ability to “die of laughter” that the Sims team has shown off more than once, and whether that means she’ll have to be more careful with the stories she tells with her Sims.

3) While many of the personality traits you can choose for your Sims have been carried over from previous games in the series, The Sims 4 has a few new ones too.

Alexis listed some of the personality traits we’ve seen so far, including some that were in previous games – like “active” and “hates children” – and some that weren’t, like “foodie” and “goofball”. She admitted that she wasn’t sure about the “bro” trait, even though it’s apparently unisex, and told us that her favourite trait is “insane”.

4) In The Sims 4, your Sims’ desires are expressed through Aspirations and Whims.

Alexis explained that Aspirations are more similar to those in Sims 2 than in Sims 3. When you create your Sim, you pick a category – like Family or Fortune – and then an Aspiration, like a desire to be a best-selling author or a “chief of mischief”. Each Aspiration comes with a bonus trait that you unlock when the Aspiration is completed, and then you can pick another Aspiration for your Sim to strive towards.

According to Alexis, Whims are kind of like The Sims 2’s Wishes, short-term goals that the game generates for your Sims to give you some idea of what they might like to do from moment to moment. If your Sim feels like working out, a Whim might appear over their head with a picture of a workout machine. Naturally, some of these Whims are easier than others.

5) Building has been made much, much easier.

Like me, Alexis is not much of a builder and thus particularly pleased to see that Build Mode has had a similar overhaul to Create-a-Sim. She gave some examples of how building houses has become much easier: you can pick up whole rooms (or even the entire house) and move them around, you can pull and push at walls to change the size of a room and have the furniture move to smartly fill the gaps, and you can add or remove foundations without having to delete the house on top of them. Walls come in three heights, and you can move objects like windows up and down to place them wherever you think they look best.