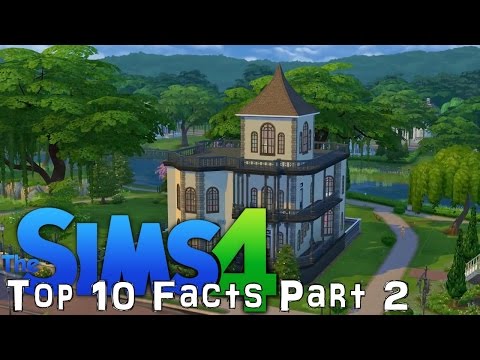 The Sims 4, the first new base game in the core Sims series for five years, is out very soon. To prepare for its arrival, Family Gamer TV had a chat with our friends at popular fansite SimsVIP to find out what you need to know about the game and how it differs from The Sims 3. Site owner Alexis gave us ten important facts that we’ve split over two videos. Check out our first video to get the first five.

6) Sims are now much better at doing more than one thing at a time.

The Sims 3 had limited multi-tasking, but Sims 4 has expanded those capabilities to make its Sims act far more naturally and less – as Alexis said – like robots. Alexis said that Sims will be able to talk to each other while on the treadmill, or even do things like play the guitar on the toilet.

7) The Sims 4 has enough to offer that it will appeal to lots of different kinds of players: storytellers, builders, Machinima makers, custom content creators, and – importantly for us – families and younger players.

Alexis suggested that younger players would particularly enjoy the new Create-a-Sim and Build Mode tools, since while they do still have the detail that will appeal to more practised players they’re far easier to use. It shouldn’t take the average player nearly as long to create a Sim or house that they’re happy with, which will particularly appeal to younger players who just want to jump in and start playing. Alexis added that younger players will likely also enjoy the signature humour of the game, which she said had a sense of Sims 2 charm.

8) In The Sims 4, the world is made up of Worlds, Neighbourhoods, and Lots, all of which work slightly differently from in previous games.

As Alexis explained it, The Sims 4 has multiple Worlds (two have been confirmed so far), each of which is made up of at least six Neighbourhoods (one of which is a large park), each of which is made up of up to five Lots. Lots can be either residential, i.e. houses, or community, e.g. a bar or gym. While you can travel the Public Spaces, i.e. non-editable paths etc., of a World at will, you can only play one Lot at a time, with a loading screen between each. Like Alexis, Sims 3 players will be disappointed at the return of the loading screens, but apparently the choice was made so as to make the game easier to run on older machines.

9) Some of the features that were in The Sims 3 but are missing from The Sims 4 include: Create-a-Style, pools, and toddlers.

In The Sims 3, the Create-a-Style tool allowed players to change the design of any item of clothing or household object to any of a large range of patterns, using a colour wheel to make the pattern look exactly how they wanted. In The Sims 4, we’re back to only being able to choose from a range of predetermined colours and patterns. Alexis said that unfortunately if the Create-a-Style tool isn’t in the base game we probably won’t get it at all, though it’s more likely that we will get the missing pools and toddlers in an upcoming expansion pack.

Alexis gave some examples of content that might make the game unsuitable for young children. Sims can die (specifically, you can kill them yourself in a range of ways), and they can Woohoo (though all you see is Sims dive under the covers and move around making noises for a bit). There’s also plenty of crude humour, from farts to fistfights.