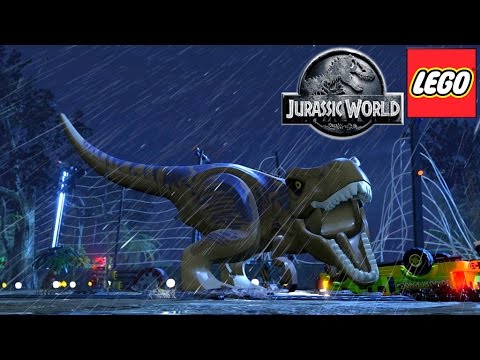 Lego Jurassic World trailer reveals game-play footage, story-line from all four films and June launch on all the usual platforms. Combined with the physical Lego kits revealed at New York Toy Fair we now have a good idea of what the game will look like.

As expected Lego Jurassic World will launch in June for Xbox One, Xbox 360, PlayStation 4, PlayStation 3, Wii U, Nintendo 3DS, PlayStation Vita and PC. If it follows the pattern of previous Lego video-games we are also likely to see an iOS version a little while later.

A variety of dinosaurs are included in the trailer although no sight of the latest film’s genetically modified female Indominus Rex who plays a central role in the toys. She is likely to appear in the game as well. Also in the physical sets are dinosaurs with control collars which in the game could see the player controlling the beasts directly.