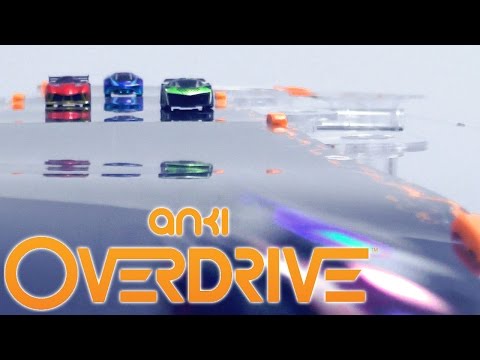 “Anki Drive represented more than a new product launch for us but a key step in a new industry still in its infancy, and an opportunity to make robotics and artificial intelligence accessible in our everyday lives,” said Boris Sofman, Anki founder and CEO. “With Anki OVERDRIVE, we’re able to deliver a new form of play that brings an unprecedented level of customisation, character personality and interaction to life in a physical game, establishing a new category of entertainment at the intersection of videogames, toys and robotics.”

The game also lets players build their own battlefields for all-out vehicular mayhem. The track pieces easily snap together via magnetic connectors allowing players to create and race on their own customised courses instantly. The modular track pieces use special ink and optics technologies to embed information that the high-tech vehicles scan 500 times per second to understand their position and steer precisely on any track configuration.

At launch, the Anki OVERDRIVE Starter Kit will include two highly detailed supercars, 10 separate track pieces, a four-car charger, two risers and a tire cleaning kit. An additional two expansion cars and eight expansion track packs will be available for purchase allowing for nearly limitless track construction. Adding one expansion track pack like the Speed Kit or Corner Kit can expand the Starter Kit from eight possible track configurations to more than 20.