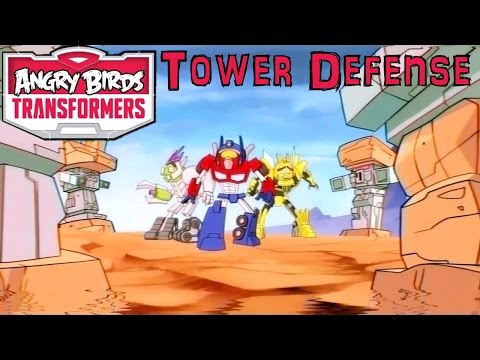 This great mini-retro-episode of Transformers not only harks back to a bygone era of Robots in disguise but hints at the game-play mechanic of the new game.

Firstly with the focus on older players by hooking into their sentimental memories of childhood toys this suggests that the game will have a play mechanic suitable for mature as well as younger Angry Bird fans. Certainly a Tower Defense game that combines action and strategy would tick these boxes.

Then the episode itself sees the ground being shot by the Egg characters and rocks turning into turrets. As the footage roles the position of these different turrets is important as the Transformer and Decepticon characters find themselves surrounded.

Whether our conjecture is near the mark or not we should find out in the not too distant future.