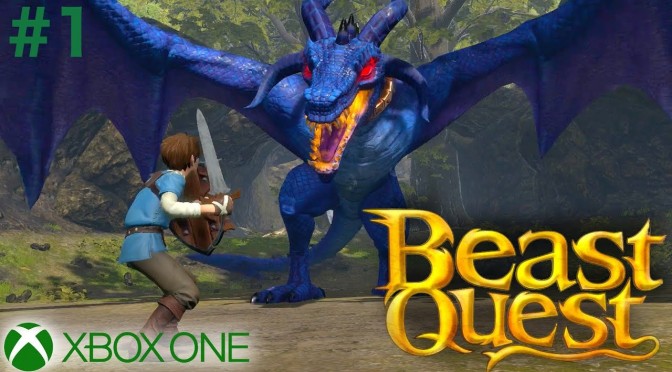 This is the first Let’s Play of a new Beast Quest game on Xbox One (also on PS4 and PC). Beast Quest will be on sale on 13th March (US) and 16th March (UK and Europe). Check out http://www.beast-quest.com for links on where to buy.

We had a great time with the game. It not only recreates the Beast Quest world but creates a game that feels a lot like Zelda Breath of the Wild (as some commenters have mentioned). This is a great place for younger players to start in the world of adventure games.

It’s also nice to have the books to go to to expand the world of the game when your child has used up their screen time.

Having played Beast Quest on iPad and read all the books we get our hands on the Beast Quests Xbox One game and it looks amazing. Real open game-play with fierce battles.

Video supported by Maximum Games and Coolabi including access to the game on Xbox console.