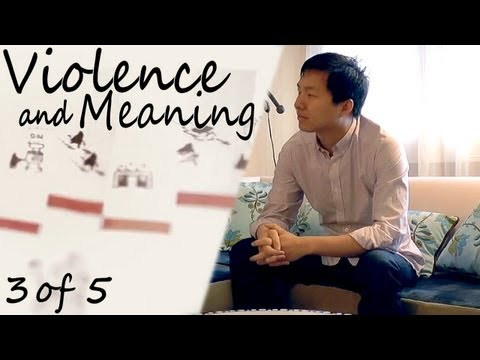 3 of 5 – We have a four part interview with Jenova Chen, and take the opportunity to look back on their games, Flow, Flower and Journey.

Chen talks about the meaning of Journey and how the game deals with violence. He discusses inspiration from Joseph Campbell (Heroes Journey as seen in Hollywood film) and Confucianism’s 8 stages of life. “Trying to create a game that evokes a powerful emotion of mystery and awe through the journey of a lifetime.”
Chen talked about Journey’s story being about a “Limited energy source of cloth that is made up out of the essence of life, living things. People eventually used up all the cloth which is why there is no life in Journey. Because Oil is the essence of ancient lives. When we made it too obvious so we toned it down.”
Chen discusses the state of current video-games, and we ask him whether they will escape becoming synonymous with violence and shooting. “When a child learns to play piano, it’s 100% every note. A grown-up playing a piano it’s a subtle touch on each key. When the industry first discovers a note about shooting, everybody is all about shooting. Eventually the shooting starts to have nuances. Max Payne is different from GTA which is different from Uncharted which is different to The Last of Us. A lot of games these days are made up of the same note as they are aware there is a huge market there.
I like to see each note as a note. There is violence in all my games. In Flower you are smashing constructions and explosive things. With Journey the stone serpent will hit on you. Nature is doing violence to you. Nobody felt offended by the violence there.
Violence is a useful tool to tell your story. I think a world without conflict is very hard to render to be real. Usually conflict is shown to be violence. A cinder storm, destruction is part of nature. But how do you represent that?
It’s all about what you use the shooting for. For me violence is a great way to create a roller coaster. To bring the player low and feel down so that when they get through it they feel high and you create that contrast.”
“There are a lot of people who share the same story. They have lost a family member recently and couldn’t relieve their grief. And when they play the game and met someone online, somehow they all projected that that person is the family member they lost. By working with them from living to death in the game they felt they were able to say goodbye. That was something I didn’t see coming. I was just wanting to faithfully recalling Joseph Campbell’s work and delivering a life that feels real.”