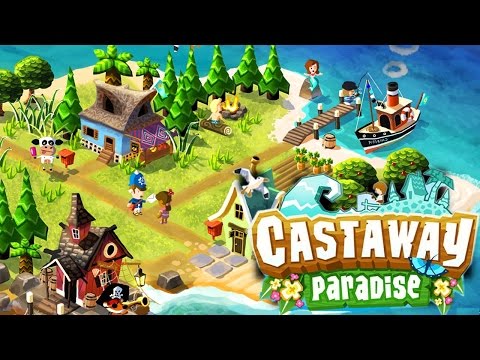 We talk to the developers behind the Animal Crossing a-like game Castaway Paradise. The game is launching worldwide on the app store globally.

Like Animal Crossing, players work to create relationships with other island dwellers as well as performing tasks like fishing, collecting bugs and weeding. There are also elements in the game that draw on titles like the Sims (and plenty of original ideas too).

Contrary to public perception the game has been warmly received by Nintendo and may even come to the Wii U at some point.

Here’s Stolen Couch Games details on the release:
We are releasing Castaway Paradise on October 9 on iPhone, iPad & iPod Touch. Castaway Paradise is a life simulator game in the style of Animal Crossing and Harvest Moon.

On Castaway Paradise you can do whatever you like. Enjoy outstanding 3D graphics, fun quests and characters and great gameplay. You can spend your days doing fun activities such as catching bugs and fishing. Try to make a bigger catch than your friends and make your museum collections complete! This is your island, your adventure. The game will be updated regularly, so players can look out for a lot more new content and gameplay features in the future.

About Stolen Couch Games
“When Stolen Couch Games started out, we wanted to create great accessible mobile games. Since then we have released three games. Kids vs Goblins got great reviews and Ichi was downloaded over 700.000 times. However, we wanted Stolen Couch Games to become more than just another independent developer. We had to change our ways in order to compete with the best. We thought hard, consulted experts, prototyped a lot and finally we figured out what we had to do. We are going to create the next generation of multi-platform casual games!”