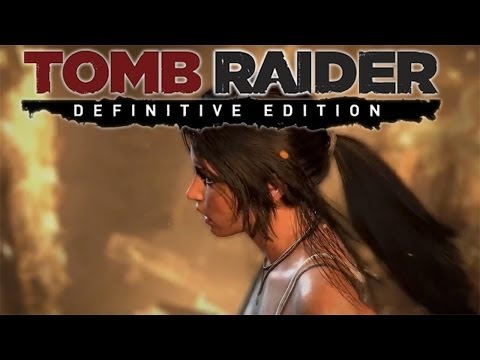 Jordan has a close look at Tomb Raider Definitive Edition, and takes a chance to revisit why this game was so appealing originally.

Arrival of definitive edition means game is available on lots of platforms, so it’s certainly worth another look whether you played the original or not. It’s an 18 rating and not for kids but parents, who’ve probably heard of it (it’s been around for ages in both game and film form), but it’s changed a lot since 1996.

This Tomb Raider reboot is not just an easy cash-in HD remake of the original but a reimagining to bring the heroine into the kind of game players expect these days. The evolution of the Tomb Raider series reflects the evolution of games towards a focus on character-driven story; in the reboot we have more growth from a vulnerable young woman to a survivor who will kill if necessary; and a greater focus on her friendships and personality and interest in archaeology.

However, it’s the focus on character that has brought her gender back into the conversation. With few female protagonists in games she has been “special” to female players, but the rumour is she was only made female to avoid anyone thinking the character was supposed to be Indiana Jones.

She has also long been a sex symbol, the (unconfirmed) rumour being that a developer on the original game accidentally increased her breasts 150% in the original and the team liked the result so it stuck.

Happily, in the reboot Lara is less typically sexualised – her breasts are smaller, her short shorts are now trousers – but people have still raised concerns. Not so good though is that it feels as if the player is in a protective role, as she gets battered and bruised, rather than taking center stage as the protagonist herself.

Tomb Raider does do better than you may fear though. The camera does linger on her chest, and the HD version is fixated on making her have realistic hair, there is a sexual assault scene, but it doesn’t go as far as it might have done. Generally, she gets to be a person, more so than in previous games and more so than some male protagonists

That said, brief cut-scenes when she dies are horrific, and the game is generally very violent, which is a shame because a wider (younger audience) may also have liked to play it.

This focus on gritty realism contrasts with Uncharted with Drake’s ragdoll deaths, which is more like Hollywood. Uncharted seems to have taken inspiration from Tomb Raider, and this reboot probably took inspiration from Uncharted – will we now see an Uncharted reboot that does the same.

Also it’s interesting to see The Last of Us move in this more realistic direction, along with box weapons and more stealth:

That’s what we made of it, but what would you like to see in these action adventure games in the future?