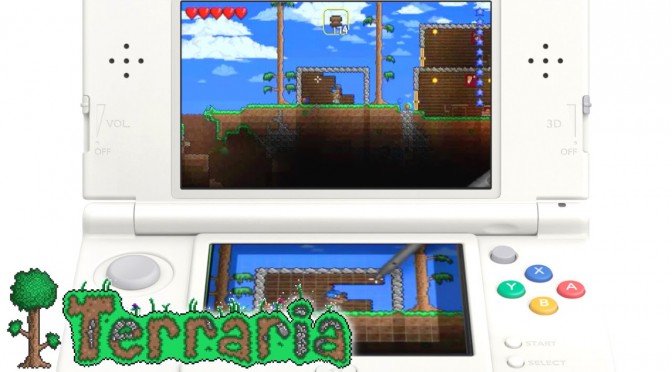 We have a look at some direct footage of Terraria 3DS. On the screen we can see the building, Inventory, Map and Mining screens.

Terraria can appear to be a simple 2D sandbox like Minecraft, however there is much more to the game than that. Thousands of items to collect and craft, a stronger sense of progression and story have seen the game rise rapidly in popularity.

In Cologne’s Gamescom video-game expo last week the game was shown on the Nintendo 3DS and has been well received. It makes good use of the handheld’s two screens, 3D visuals and stylus controls.