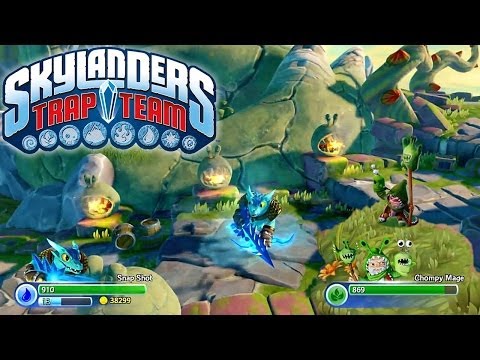 In the second of our What We Know series of videos for Skylanders Trap Team, we investigate the recently leaked photos of what appears to be an Undead Trap Master. Looking like a cross between Chop Chop, Ignitor and an Egyptian Mummy, we trace his roots all the way back to Skylanders Giants and find out how the character has evolved since then.

There’s more news on new characters for Skylanders Trap Team with the reveal of the final names for the character designs in the Skylanders Frito Lay competition that’s running in America at the moment. After the public was asked to send in their ideas for the names of three characters, High Five, Bat Spin and Flip Wreck were picked. Now it’s down to Portal Masters everywhere to choose which Skylander they want to see in Skylanders Trap Team.

Also in this video, check out some extended gameplay footage which shows Snapshot, The Chompy Mage, Chill Bill and the Shrednaught in action. We’ll look at the powers each character showcases and point out a few things you might not have seen yet.