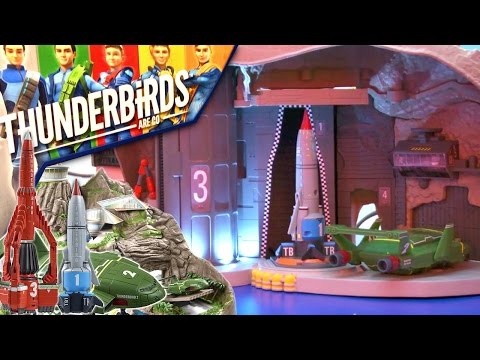 Thunderbirds Are Go is created by ITV Studios and Pukeko Pictures, with effects by Weta Workshop. It adapts of the original Thunderbirds characters and setting. The first of the 26 episode run was aired on 4 April 2015.

After showing off the new range of toys at the London Toy Fair a prototype has been doing the rounds and I finally got to see it up close. Although still a prototype there are immediate differences to the popular 90s version.