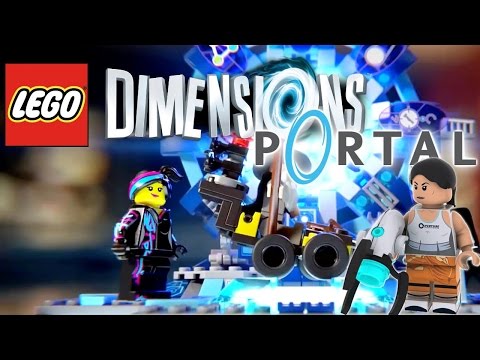 As I posted a few weeks ago, the packaging for Lego Dimensions seems to reveal a number of franchises that will be included in the game. Although at the time this was conjecture it seems that some of this is now confirmed with retail packs appearing on Walmart that include Portal levels and The Simpsons. Not only that but packs for Jurassic World and Scooby-Doo were also spotted by Brick Inquirer.

With Portal in mind this makes sense and may signify that the developers will need to limit the Portal gun to particular areas. To allow players to take such a powerful weapon would surely circumvent all manner of Lego video-game puzzles in other areas. Also as there is already a stand alone Lego Jurassic World video-game planned it is understandable that it’s characters rather than levels we will see here.

Warner Bros has not yet announced packs for Jurassic World, Scooby Doo, The Simpsons or Portal, although a range of different licenses appeared in the game’s announcement trailer. It’s expected that they will reveal more details on the game at E3.