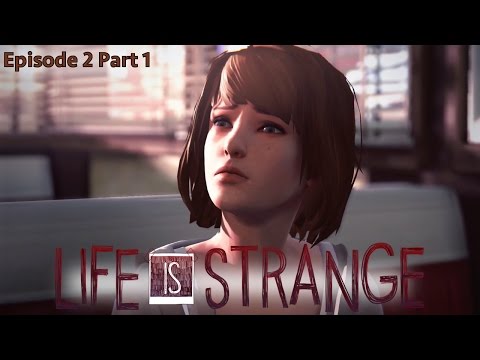 It’s only the second day since Max gained incredible time-bending decisions, but there are some things you can’t go back and change.

The first episode of Life is Strange delved into difficult, mature matters of teenage life, and the second episode immediately pulls no punches with an incredibly difficult choice. In Dontnod’s drama you play Max, a girl struggling with her insecurities, but it’s soon clear everyone around her has their own problems. In this first part Kate, after a blurry night out, seems to be really struggling with the events of the past few days. The second episode of Life is Strange quickly underlines how troubling school and college life can be in the modern age.

Similar to Telltale games like The Walking Dead and Game of Thrones, Dontnod’s episodic adventure tries to make you feel like there isn’t a right choice. In Life is Strange you get to see how things instantly play out both one way or the other, and how sometimes there’s no way to feel like you’ve made a good choice, let alone the right one.

~The second episode also delves further into the backstory of Max and her former best friend Chloe, whose live she miraculously saved the day before. After the first episode it was very easy to make snap judgments about a lot of characters, but even at this early stage the game is layering its characters and making you think a bit more about whether or not you’ve judged too quickly.

The second episode of Life is Strange is available this week for PS4, Xbox One, Xbox 360, PS3 and PC.