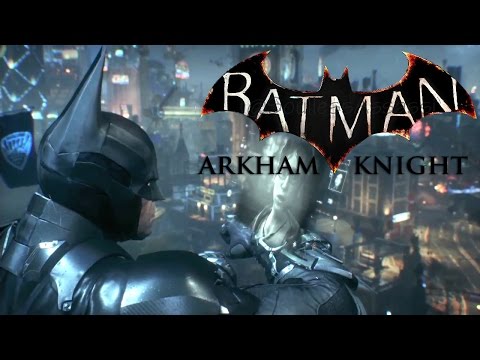 Batman and comic expert Mark Clapham takes us through the new Arkham Knight PS4 footage with an eye on why the game will likely be PEGI 18 and M for Mature rather than PEGI 16 and T for Teen.

The video immediately impressed with a level of fidelity only possible on the latest generation of hardware. There is a sense of motion and scale as we roam the streets of Gotham with the Dark Knight. Camera pans are smooth and frame rate steady as the game plunges us into a street level brawl before turning it’s attention to the Batmobile.

Although the brawling combat is largely familiar, it gains weight and violence with more complex cinematography and fighting mechanics that seem more ambitious. Of particular note is how the music seems to swell and change depending on the player’s performance in these encounters.

All this adds weight to speculation that throughout this will be the most violent and darkest of the three games in the trilogy. Although Arkham Knight was originally planned for release back in 2014, we now have a new date of June 23. The game will be available on Xbox One, PlayStation 4, and PC.