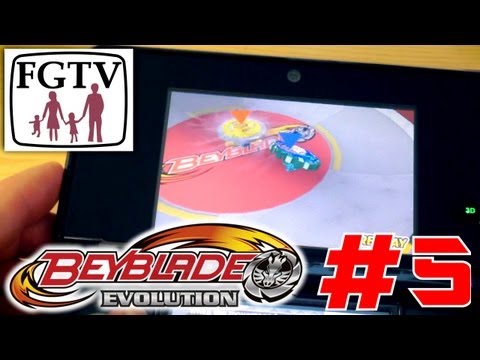 We go hands on with our Let’s Play through the early stages of Beyblade Evolution 3DS. This is the new game that not only offers the most up to date digital version of Blade battling but also introduces 3D and Augmented reality play. We meet the different characters from the game.
We battle:
– Forbidden Crown WD145 S vs. Fang Leone 130 W2F
– Poison Sussano W105 WF vs. Flame Sagittario C145 S
– Poison Sussano W105 WF vs. Fang Leone 130 W2D