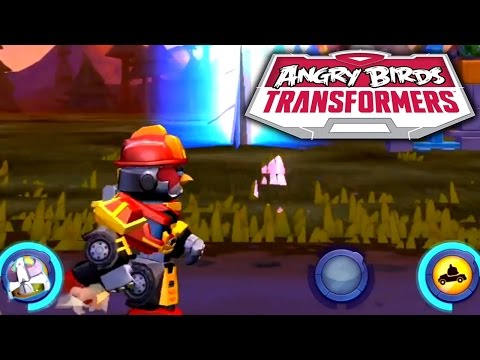 Having barely made a dent in our massive gems haul in our last video, it’s time to put them to use once again repairing and upgrading some new characters as we try and accumulate enough pigs to unlock some more. This time out we get a look at Ultra Magnus, Sentinel Prime, Jazz, Grimlock, upgraded to level 10. There’s more team-ups with Galvatron, Megatron, Thundercracker and more. Plus, with more areas of the map already unlocked, we find out how many pigs we need to unlock Galvatron, while another new area also reveals Energon Starscream.

In this latest Let’s Play you’ll see some more tactics at play as we take on some more challenging levels and make better use of our team-ups and power-ups. The upgrades we bought previously give us a major advantage, but there’s still plenty of big challenges to overcome. We’ll also take a look at what happens when your Angry Birds Transformers run out of health and how you can heal them with coins and gems. We’ll also dip back into the in-app purchases to reflect on the monetary cost involved in the game.