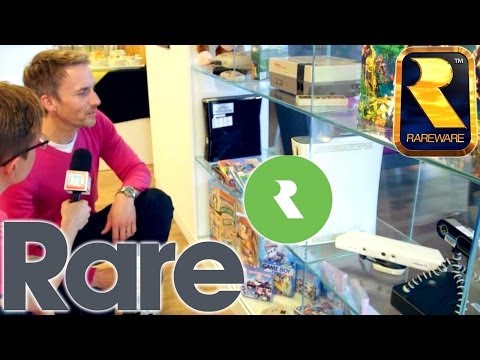 Rare Design Director Gregg Mayles talks us through Rare’s history and his 25 year time with the company. If you’ve ever wondered about getting in to game development Mayles offers an insider’s guide.

Along with a tour of the Studio Mayles talked us through the prized shelves of Bafta awards and games from years gone by — including a prototype Kinect controller. Which of these have you played?