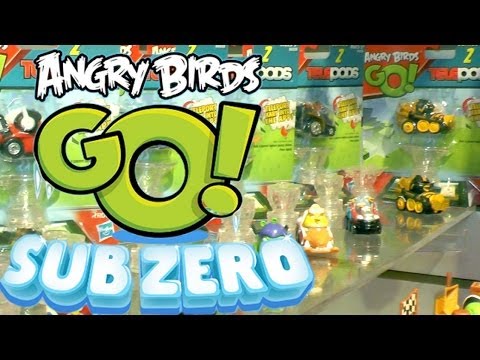 We get hands on with Sub Zero Series 2 Angry Birds Go! Karts at the Toy Fair.

As you can see these are largely similar to the Series 1 Telepods although with some vehicle and character alterations (including Snow Mobiles for some of the birds). With the promise of a multi-player mode to be added to the game it could be that these toys are in preparation for that update. Also some have postulated that the Snow Mobile vehicles suggest Winter themed levels — this seems to be reading a little to much into the toys though.

This ties in with the announcement of the Sub Zero update recently announced: