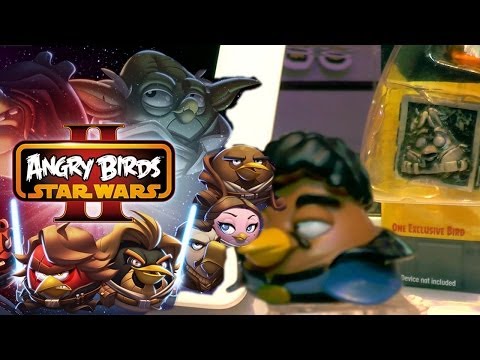 Angry Birds was already a success before its Telepods toys were selling in their millions. As the trend continues the franchise is firmly on the toy as well as the video-game map. If you’ve not kept up, Telepods are physical toys that unlock in-app characters and content. They are scanned in like Skylanders by placing them on the camera of your Tablet or Smartphone.

I recently got hands-on time with the two updated product lines which each match related content and updates in the games themselves. Before diving into the toys themselves it should be noted for parents that the in-game characters can also be purchased in app without buying the toys.

Right away you can test out all the characters for free, and then just earn or purchase more. Of course, with the collectible Angry Birds Star Wars II TELEPODS you can unlock them permanently. Update your game and get blasting! “