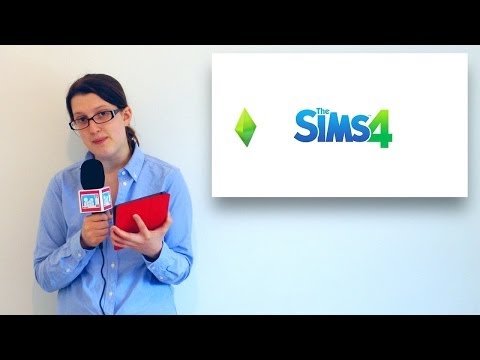 The definitive source of family gaming news and advice, along with the top selling games by age group.

Invizimals: Wes went to the launch party for the new Invizimals games, and checked out the way the Vita version uses augmented reality to let the players catch Invizimals in the real world.

Child of Light: Side-scrolling fantasy adventure being developed by a relatively small team at Ubisoft Montreal. The game stars a little girl and a ball of light that helps her, which a second player can control in co-op.

Facebook & Oculus VR: The company that makes the virtual-reality headset the Oculus Rift, has been bought by Facebook for $2 billion. Some developers seem unconvinced too. Notch, for example, has cancelled his plans to bring Minecraft to Oculus Rift in direct response to this news, saying, “Facebook creeps me out.”

We were in talks about maybe bringing a version of Minecraft to Oculus. I just cancelled that deal. Facebook creeps me out.

Rollercoaster Tycoon: Senior director of marketing Anthony Chien said that the PC version will “definitely be a completely different game” from the mobile version, though the mobile version will come out first. Players should be able to try it out on iOS for themselves later this month, with the Android version due in the summer and the PC version to arrive before the end of the year.

TAX Relief: Hopefully the UK games industry will be able to produce a few more award-winning games now that the European Commission has authorised a tax relief system for the UK games and interactive entertainment.

McDonalds: Further celebration of video games in the UK comes in the form of the free toys that currently come with a McDonald’s Happy Meal. The new toys are from a Mario range and include several of the characters from the games. Nintendo Life has filmed an unboxing of a couple of these Happy Meals.

Pokemon: From this Friday at Game stores around the country. If you own Pokemon X or Y, you can get a free Pokemon for your game.

Sonic: Yet another freebie from Nintendo is the new DLC for Sonic Lost World on Wii U, which is Zelda themed. The Legend of Zelda Zone gives Sonic a green Zelda hat to wear and Hyrulian-style landscapes to run through. This add-on is free and available to download on Wii U now. Let us know what you think if you try it out.

Minecraft: The Realms service for the PC version is now available in the UK (and the Netherlands).The service currently costs £8 a month, which is worth it if you don’t have the technical know-how required to set up your own server without it.

yay, Realms are now available in the Netherlands and UK!

The Pocket version 0.9.0 has “new world generator in action”, with the promise that the new biomes (which we talked about in a previous video) will be working soon too.

New world generator in action. A couple of more days and the new biomes should work.

The latest big update for the 360 and PS3 versions of Minecraft is finally out.

Skylanders: Tesco has an exclusive version of Freeze Blade: Nitro Freeze Blade, whose clothes are golden coloured. The figurine costs £13.50 and is in stock now. Wes has also spotted some other figure variants, bronze and silver versions of Trap Shadow and Stink Bomb.

Sims: A new screenshot that EA posted to the Sims 4 Facebook page, showing four Sims of the new Sims 4 design walking across the Abbey Road crossing made famous by the Beatles, to illustrate the news that the Sims 4 score is being recorded at Abbey Road Studios. One Sim in the image is playing the violin and another is on his phone while they walk, which suggests these are examples of the new multitasking. The guy at the back also has tattoos on his arms. SimsVIP has a quote from “SimGuruGraham” who responded to a question about whether tattoos will be in the game with, “Andre does look like he’s gotten some work done in the past 6 months ;)”.