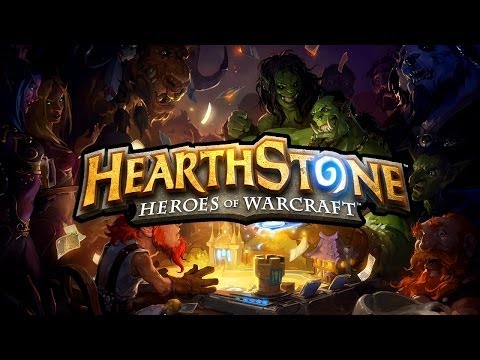 With the soft-launch of Hearthstone: Heroes of Warcraft in Canada, Australia and New Zealand yesterday, we dive straight into Blizzard’s smash hit free-to-play digital collectible card game for a practice match to show you the ropes.

Matches in Hearthstone are 1v1, with turn-based gameplay that pits two heroes against each other as they cast spells, summon minions and equip weapons in an attempt to whittle the opponents health down from 30 to 0.

In the game (after you unlock them through battles) you can duel as a Mage (Jaina Proudmoore), Priest (Anduin Wrynn), Warlock (Gul’dan), Paladin (Uther the Lightbringer), Warrior (Garrosh Hellscream), Druid (Malfurion Stormrage), Hunter (Rexxar), Rogue (Valeera Sanguinar), and Shaman (Thrall).

This Let’s Play will cover the basic rules of the game, how it differs from games like Magic The Gathering and run through a practice match between the rogue and the paladin. We’ll explain all about mana, how to use it to unleash your arsenal against your opponent and look at how you need to plan ahead to get ahead with some simple tactics.

Being a free-to-play game, we’ll take a brief look at the in-app purchases available in the form of virtual decks of cards, but the game doesn’t rely on traditional free-to-play structures to force you into purchasing cards and loads of fun can be had without doing so.

In addition to buying cards with real money, you’ll start the game with quite a few of your own; and more can be earnt by fighting duels in the arena or bought by acruing virtual gold. The game also features a crafting mechanism, with old cards being turned into arcane dust and used to create new cards.