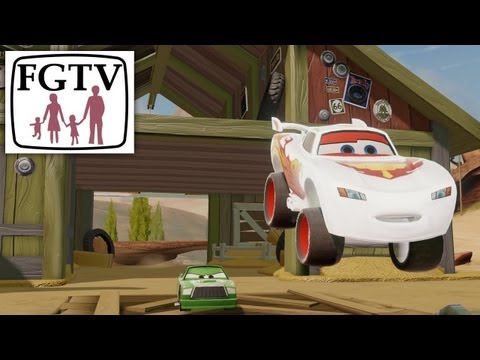 Toys R Us have just announced their exclusive line of Disney Infinity Figures and Power Discs, well a couple of the first items at least. A special Crystal series will offer semi transparent versions of the toys that also appear differently in the game and will only be available from the retailer.

As we have seen for Skylanders this strongly positions Toys R Us as one of the go-to stores for families looking for Disney Infinity figures and power discs.

The Crystal Series, which I suspect will span the different playsets in the game, offers not only a different looking character but also bonus experience points and health as well as a special in-game area to display their figures.

The first of these figures will be Lighting McQueen Infinite Crystal Series, and was announced along with a special Toys R Us power disc for Mike’s Car. This offers Mike Wazowski’s car from Monsters Inc in the Toy Box world of the game.