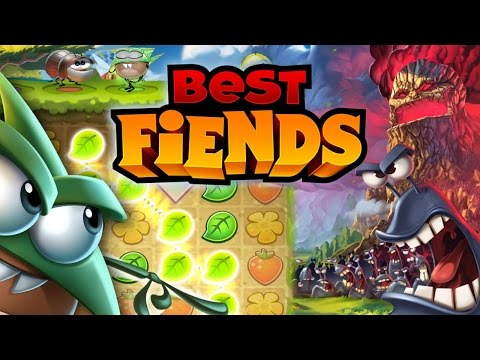 We have a first look at the new app game from the people behind Rovio’s Angry Birds games and talent from 20th Century Fox, Disney, Remedy.

We meet the game’s new characters for the first time and hear about leveling up mechanics. Here’s a list of what you need to know:

– Mobile gaming start-up Seriously will launch its first property – Best Fiends – worldwide in October 2014).
– Best Fiends will be free to play and will have in-app purchase options.
– Best Fiends is a visually stunning and entertaining puzzler that ties together great storytelling, character collection and transformation.
– This is a timeless story that feels like a big entertainment property complete with character development and intrigue.
– Best Fiends is the first in a series of games.
– Seriously is building a global entertainment franchise – starting on mobile.
– The company believes that mobile is where the audience is and is a great platform to start to build out a larger entertainment franchise.
– The idea for the game came from Petri and his own family’s experience with Spanish Slugs in Helsinki.
– Andrew Stalbow and Petri have brought together a world-class creative team and has partnered with some of the best in Hollywood to create Best Fiends.
– Extensive talent inside and out of the company that came from Rovio, 20th Century Fox, Disney, Remedy, and more.