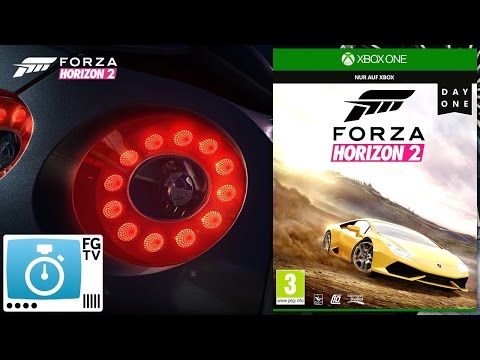 10 things parents should know about Forza Horizon 2. From why it’s so popular, who developed it, how much it costs and what to watch out for.

Forza Horizon 2 is the latest in the Forza series of Xbox-exclusive racing games that create a high level of realism in graphics and physics, much like the PlayStation-exclusive Gran Turismo games, though Forza Horizon 2 is more accessible and focuses more on the action than pure simulation.

Like Forza Horizon, the Xbox One version of this sequel was developed by UK studio Playground Games. The Xbox 360 version was developed by another UK studio, Sumo Digital, which is also working on the upcoming LittleBigPlanet 3. Turn 10 Studios, which created the Forza Motorsport series, oversaw production of both versions.

The Forza games are exclusive to Xbox platforms. Forza Horizon 2 is available for Xbox One and Xbox 360, though the versions differ. Weather effects are exclusive to the Xbox One version, as are some of the cars, as well as Drivatars. Drivatars first appeared in Forza Motorsport 5 for the Xbox One; each player has one that mimics his or her driving preferences, and you can come across your friends’ Drivatars when you’re playing online.

It takes about 20 hours to complete the campaign in Forza Horizon, so expect Forza Horizon 2 to take about the same. Of course, if you play online you’ll play many more hours than that.

Forza Horizon 2 also includes a number of arena battle-type modes a little like Mario Kart. In King you race to collect items, in Infected you avoid contact with infected competitors, and in Showcase Events you race against opponents in planes, air balloons, and helicopters. Online modes like Online Road Trip and Online Free Roam let you enter events around the world with other players.

PEGI (http://www.pegi.info/en/index/global_id/505/?searchString=forza+horizon+2) rates Forza Horizon 2 suitable for all (or 3+), with no content warnings other than that the game allows the player to interact with others online. The original Forza Horizon had a PEGI 12 rating due to occasional use of swear words, but Forza Horizon 2 doesn’t have language much worse than “damn”.

The ESRB (http://www.esrb.org/ratings/synopsis.jsp?Certificate=33504&Title=Forza%20Horizon%202) rates Forza Horizon 2 E for Everyone 10+, with content descriptors for Mild Lyrics, Mild Suggestive Themes, and Mild Violence, and also mentions the online play. The description mostly focuses on in-game dialogue, voice-overs, or song lyrics, which say things like “hearing some scandalous stories… Come on, send me photos”, “If you wanna become the king, you need to hit that driver with your car”, and, “I wish I could love you down right now on the kitchen floor”. Parents may find themselves needing to explain these sexual innuendos to younger players and should be aware of this tone before letting them play.

Common Sense Media (https://www.commonsensemedia.org/) worries about the “scantily dressed women”, but aside from that says that “concerns with this one are the same as for all racing games”, asking, “Will its lack of realistic consequences send the wrong message about high-speed driving to kids, particularly those just learning to drive?” Due to worries that young children will see the lack of consequences for crashing – since nobody ever gets hurt – Common Sense Media recommends the game for those aged 13 and older.

Aside from potential concerns of downplayed consequences of car collisions, some parents may not want their younger children playing a game that glorifies cars and racing culture and includes a slightly sexualised tone towards women.

People choose Forza games over other racing games because of the way they strive for realism, from the graphics to the way the cars handle to the noises they make. Forza Horizon 2 offers an accessible and fun-focused first taste of racing simulation. It is the closest many people will get to how it might feel to actually drive one of the 200+ cars available in the game, and it’s definitely a safer and cheaper way to get that thrill.