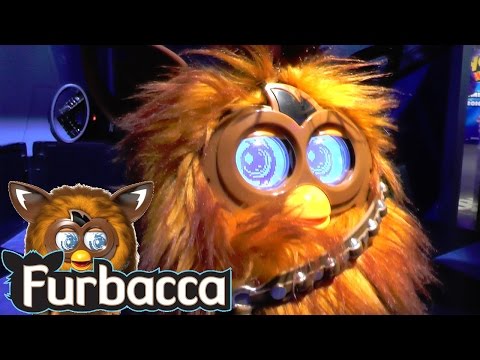 We have a look at the Hasbro toys coming for Star Wars this year at Toy Fair 2015.

Star Wars Black series was extended with new characters and figures from Star Wars this year.

Perhaps most novel is a Furby in Star Wars Wookie style. He speak Wookie and hums (gurgles) Star Wars song. He comes with an app and Furblings.

Then finishing off with Mr Potatoe Head include Darth Tater and Luke Frywalker. And the Galactic Heroes Star Wars characters and Playdoh Star Wars lines.

No mention yet of Star Wars The Force Awakens toys for Episode VII.