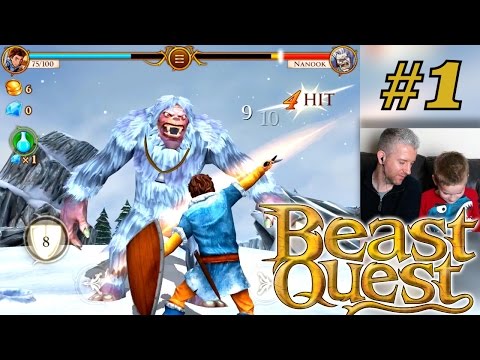 Part 1 of our new series on Beast Quest. We play through the game in the family. Join us as we set out on a new adventure with Tom and Elenna.

If you’ve not heard of the Beast Quest series you are probably not in the right demographic. Young boys have lapped up around 14 million copies though. Marry this with Miniclip’s 70 million users each month and Beast Quest should do well for them — provided the game is as good as they say.

In the game you take on the role of Tom, who partners with Elenna to battle the different monsters and enemies of the land of Avantia. The story in the game is not only linear story missions, but an open world to explore and light role-play character progression. Tom and Elenna need to work in tandem to progress with the player =controlling Tom throughout.

Trying out the game at home, my test family quickly took to the exploration, combat and role play elements. Although on a tablet device this would be as at home on consoles. Games like The Legend of Zelda and Infinity Blade spring to mind.