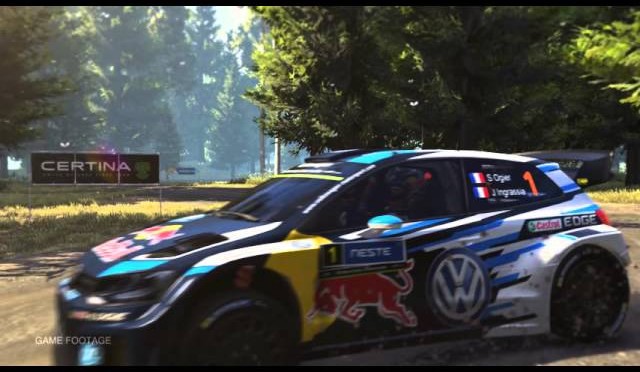 Here’s the launch trailer for WRC 5. Here we look in detail at the Volkswagen Polo R.

Players around the world will be able to pull on the gloves of any of the WRC’s leading drivers and pit their skills against the sport’s most demanding roads in the games modes offered in WRC 5. In the Career mode, they have the chance to join the Volkswagen Motorsport team and compete with Sébastien, Jari-Matti or Andreas as team-mates, and aim for the virtual manufacturers’ title together!

The FIA World Rally Championship (WRC) pits drivers and production-based cars against some of the toughest and most varied conditions on the planet. In 2015, the roads on this epic motorsport adventure are spread across 14 countries, with 13 rallies on everything from snow packed forest tracks to rock-strewn mountain passes.