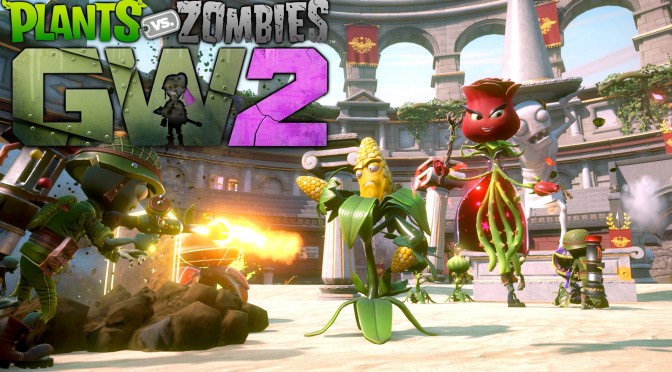 We look at new game-play and hands on with the game from the E3 demo. In Plants vs. Zombies™ Garden Warfare 2, the zombies have conquered, and the plants are on the attack for the first time in this hilarious, action-packed shooter.

Bring even more strategic depth to this all-out botanical battle with 14 total character classes, and over 100 playable plants and zombies from the past, present, and future.
Solo Play and Split-Screen

Go solo playing against AI opponents or locally in split-screen co-op across any mode in the game (no Xbox Live Gold or PS Plus required).
24-player Online Multiplayer and up to 4-player Online Co-op

Fight for Zomburbia in 7 game modes – Go on the offensive as the plants in all-new 24-player Herbal Assault mode, or defend as the zombies in 4-player co-op in Graveyard Ops.