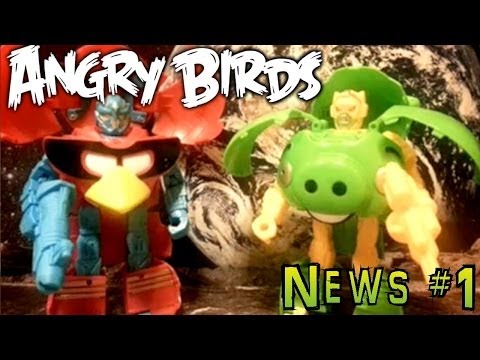 After the success of Angry Birds Star Wars 1, 2 and Angry Birds GO!, it looks like Rovio will be continuing with the toy/game hybrid trend and releasing at least one more game that uses their Telepod technology to import characters into the game. This time they’re joining forces with Hasbro and unleashing Angry Birds Transformers, which may in some part tie in with the upcoming cinema release of Transformers: Age Of Extinction, the fourth movie in the franchise.

So far, all we have to go on are product names, but it’s clear that racing will once again play a part, maybe even combined with some kind of battle mechanic.