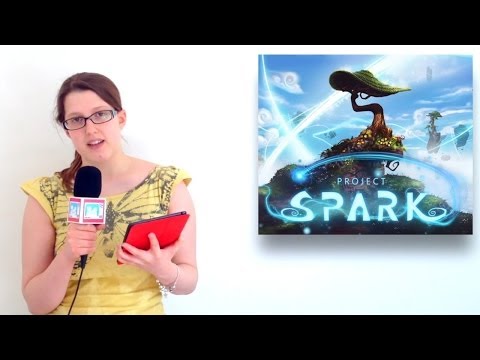 Rovio: Has released a teaser for “the next epic Angry Birds game”. The 30-second video shows what looks like a human knight, only for the visor to pop open and reveal a bird which then falls off the suit of armour, taking the helmet with it. We have no more information on what the game will be like, but it’s possible it’ll be a partnership with another brand like the Angry Birds Star Wars games, or perhaps just a medieval-themed Angry Birds that has you destroying castles.

The Project Spark: Beta is now available on Xbox One. This tool lets you build your own games, using a controller or Kinect or SmartGlass to create worlds, add characters, and use simple tools to programme activities. To try it out, you’ll need to sign up on the official website, but it’s free to use unless you want to buy any of the additional content available.

Kerbal Space Program: A space sim in which you try to land a rocket on a moon, is getting an official NASA mission added to the game. The Asteroid Redirect Mission gives players the task of building and launching a rocket to take the game’s creatures – the Kerbals – to an asteroid, and is based on a real NASA mission. Kerbal Space Program will also get an education-themed mod called KerbalEdu, which will be brought to classrooms by the same team that got teachers using Minecraft in schools.

Minecraft: Johan has Tweeted a screenshot of his work-in-progress on the new world generator that will come with the next big update for Minecraft: Pocket Edition, 0.9.0. If this update is part of the Pocket Edition team’s goal to bring bigger worlds to the handheld version of the game, then we can expect to see worlds that are more similar to those in the PC version. In the screenshot you can see pumpkins, which were added in the last big update for Pocket Edition, 0.8.0.

Working on the new world generator.

The Xbox 360 version of Minecraft has got some new content, not an update but a texture pack that will let you build more interesting creations. The City Texture Pack contains lots of industrial-looking textures, and costs 65p in the UK and $1 in the US.

The PS3 version of Minecraft is doing well in spite of its lack of texture packs, however. As 4J Studios also Tweets, Minecraft was top of the PlayStation Store PS3 charts last month in both Europe and the US.

#MinecraftPS3 was number 1 on the Playstation Store PS3 charts for February in Europe & US ! http://t.co/t8Ztlxtedb http://t.co/YZqMSUJDhv

Skylanders: We’ve still heard nothing about when Activision plans to announce the next Skylanders game, but if they want to get the game out this year the announcement should probably come soon. Will it include figurines with those crystal weapons that were spotted at the New York Toy Fair?

Skylanders collectors in the UK will be happy to know that a few Swap Force figurines have appeared on the shelves at Tesco. New to Tesco are figurines like Phantom Cynder, Hyper Beam Prism Break, Smolderdash, Dune Bug, Whirlwind, and a couple of Light Core figurines like Whamshell and Countdown.

Disney Infinity: Some Disney Infinity fans have seemingly used a glitch in the game to uncover glowing figurines in the Hall of Heroes. It looks like we might get a glow-in-the-dark Buzz Lightyear figurine and a special Agent P figurine at some point.

As Andy discussed in a recent video, the PC version of Disney Infinity now lets you buy Play Sets and characters for the game without having to buy the physical toys.
)

The iOS Disney Infinity app has had a new update, Version 1.4, which includes a playable Toy Box mode that no longer requires players to connect to the console version of the game to add toys. Particularly interesting is a loyalty programme that rewards players who log into the app on a regular basis. Visit the app four times in a week, and you can unlock more toys to use in your Toy Box creations, as well as pre-made adventures to play.